It’s the Time of the Season for Selling a House—or Is It?

When it’s time to sell your house, conventional wisdom says selling in the prime season, which begins in spring and lasts through summer, is the best way to go. But what if you wanted to wait until the off-season—is that a savvy move, or would you be leaving money on the table?

Spring marks the beginning of the busiest home-selling and home-buying season in most areas. With the warmer weather, more daylight, and the impetus to get a new house in order before the next school calendar begins, buyers are more likely to shop during this time of year, with home buying peaking in June.

In some parts of the country, the buying seasons are different or less pronounced, as areas with more temperate weather and fewer buyers with children can have more balanced buying seasons.


In other words, the on- and off-seasons can change—both in timing and overall demand for houses on the market—depending on where you live. If you’re not sure of what it’s like in your area, check with a real estate agent; that’s what they’re there for.

OK, let’s get to it—is it really that much better to sell in the prime season?

The on-season: Spring and summer

Unlike other markets, where more inventory means lower prices, the housing market works the opposite way: Prices are highest in the prime season, when the most homes are listed.

“It sounds counterintuitive, but it’s a function of demand being very seasonal, driven by weather and school year,” said our chief economist, Jonathan Smoke. There are also more buyers in spring and summer, as this is the most convenient time for most people to move. So relative to demand, the supply of homes is actually tighter in spring and summer than in fall and winter.

When your house is being valued, the appraiser will look into data for comparable homes sold in your neighborhood. But if the most recent data is from a home that sold for cheap in the winter, it can hurt your valuation. Having only bits of comparable housing data “kind of holds you hostage,” said Dana Hill, vice president of Buyer’s Edge Realty in Bethesda, MD.

With more homes selling in the on-season, the comparable data (or “comps”) are more accurate. Hill recommends waiting to be the second or third person in your neighborhood to put your house up for sale to take advantage of those comparable sales. While you’re at it, be sure your appraiser knows your neighborhood. If a home recently sold for $600,000 but it was a tear-down, while normally prices are $1.2 million, you’ll want an appraiser who understands that, said Hill.

Either way, the more data the better—and the prime season is when the data are most robust.


There’s no doubt spring is when properties shine. The flowers are in bloom and buyers are out. Daylight saving time also gives buyers more time to look at houses, which means your property can be seen by more buyers during the day, said Hill. That means a bigger chance for more interested buyers.

With more houses on the market, buyers can afford a bigger wish list. If your home needs repairs, buyers might simply pass. Add in the fact most buyers aren’t shopping under pressure (as they might be during the off-season), and you have a pool of selective shoppers.

“Buyers aren’t as pressured [during the on-season], so there’s no reason they would take a house that takes $15,000 to $20,000 worth of work. I think the time factor plays a big role in necessity,” said Gregory Gronbacher, a Realtor® with Keller Williams Realty in the Grand Rapids, MI, area.

Pro: Sellers can be picky, too

With more buyers come more options for potential new owners. Don’t want your childhood home razed to the ground for a new McMansion? You have a better chance of finding a loving couple looking to start a family during the on-season.

Bidding wars are a headache for buyers but a big plus for sellers. Smoke said you want to “put your home on the market pretty near when inventory is at a high. There’s more chance for bidders and multiple offers.”

Bidding wars mean more money in your pocket. They also usually mean buyers are less likely to make repair requests or other demands. Additionally, cash buyers are some of the more aggressive bidders, so you might find a buyer with a fistful of dollars with a fast lane to closing day.

The off-season: Fall and winter

If you have to put your home up for sale in the off-season, it’s probably because of an extraneous factor—such as a death in the family, layoff, or short sale—and you can get buyers looking for a good deal above all else.

“You get a different sort of buyer, someone who is more sensitive to price, who is intentionally buying at that time of the year,” said Smoke. Investors looking to buy property at a discount do so around this time, he notes.

You may have to accommodate buyers’ wants, like making certain repairs or eating some closing costs in order to sell your home quickly, if that’s a motivating factor.

While you may have to field lowball offers from thrifty home shoppers, that doesn’t mean the motivated buyer is an endangered species in the off-season.

Gronbacher has found that “off-season buyers are more focused and serious about finding the right home in a short amount of time. In many cases, they are involved in a relocation or facing a situation that is requiring them to move.”

“If a buyer is out looking at houses the day before Thanksgiving in six inches of snow, you know they are serious,” he said.

If you’re selling in winter, especially in snowy areas, your house will have less of that colorful “pop” it might have in spring.

“There is no real curb appeal as there is in the spring. We miss the beauty of green lawns, flowers, and in-ground pools,” said Linda Mossman, a Realtor with Realty Executives Boston West in Boston.

To offset the blandness of winter, Mossman said to keep the driveways and sidewalks as clear as possible, and provide your agent with pictures of your home in the spring for reference.

When there are fewer houses on the market, it means homes will sell for less.

You may, however, be able to negate this con by raising your price. It’s a common tactic, said Hill. She calls it “winter pricing,” which makes it easier for the seller to accommodate a lower offer.

Verdict: The on-season is better

OK, so conventional wisdom does get it right, according to our experts: Sellers who have a choice in the matter wait until the prime season starts so they can reap the benefits.

“If you’re a seller,” said Smoke, “this is the optimal time.”

The post It’s the Time of the Season for Selling a House—or Is It? appeared first on Advice and Tips. 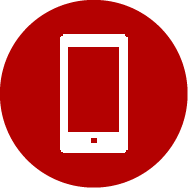 A group of individuals dedicated to helping you find the home for you.